Venus's Close Encounter with The Pleiades

Venus’s Close Encounter with The Pleiades 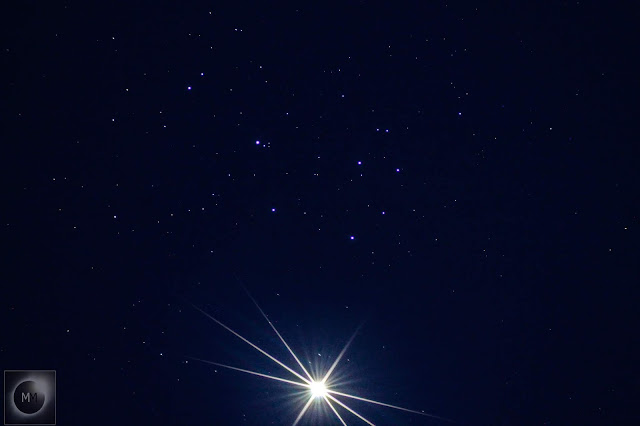 Venus and Messier 45 the Pleiades by Mary McIntyre, 2nd April 2020 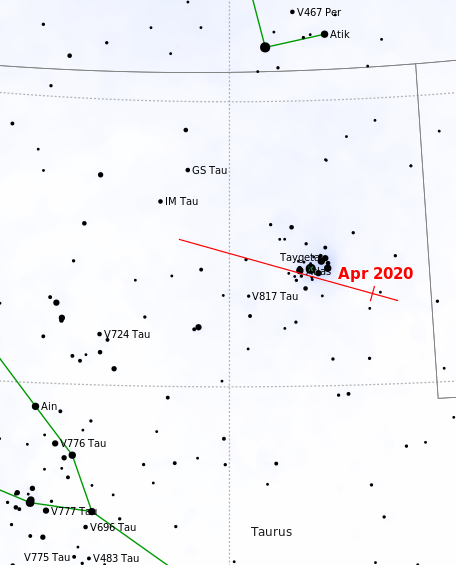 The path of Venus during the first half of April. Map created by Mark McIntyre using Star-Charter

During the first week of April, observers will be treated to an awesome spectacle in the western sky after sunset.  The stars within Messier 45, the Pleiades, will be joined by the extremely bright planet Venus. This open cluster which is also known as the Seven Sisters, is a firm favourite amongst astronomers because the gas and dust around the young, hot and blue stars are very striking in long exposure photographs.

Venus is currently blazing around mag -4.5 and on 2nd, 3rd and 4th of April it passes very close to the Pleiades. The animation above shows the position of Venus from 1st – 5th April. On 3rd April it is at its closest and will look like an extra “star” within the cluster. The picture below shows the closest approach on 3rd April. 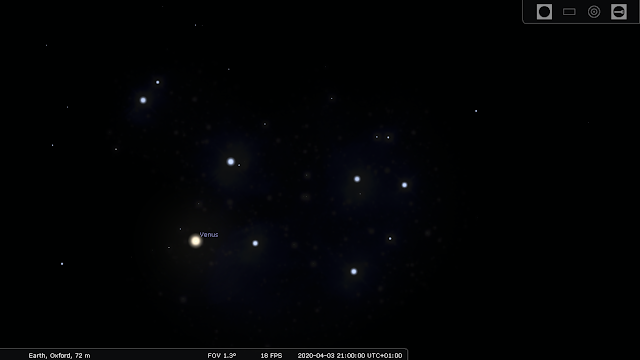 It’s not unusual for Venus to be visible in the same part of the sky as the Pleiades, but it’s only once every 8 years that it passes this close to the cluster, and it always occurs in early April. This is due to the orbital resonance between Venus and the Earth. This ratio is 13:8, which means that Venus orbits the Sun 13 times in the time it takes the Earth to orbit 8 times. The next close conjunction will occur on 4th April 2028.

The conjunction can be seen with the naked eye, but it will look even better if you observe it with a pair of binoculars or a small telescope and it will make a fantastic photo opportunity!  Venus and the Pleiades will become visible in the West after the Sun sets. The best time to view them will be around 21:00 – 21:30 BST but they will remain visible until they set at around 23:30 BST. 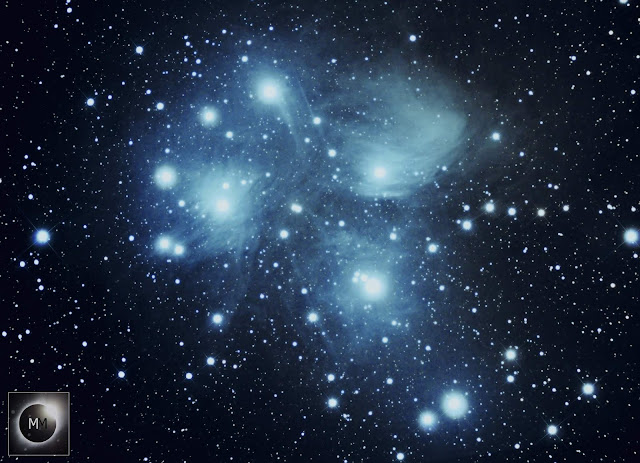 Messier 45 the Pleiades by Mary and Mark McIntyre, October 2016